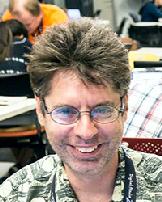 Moxad Enterprises Inc* located in Toronto, Canada, was founded in 2003 by RJ White .

RJ has many years of experience living and working in 5 countries as a systems and applications programmer, Unix systems administrator, computer room designer, and has held several director level positions in Internet companies since graduating with a Bachelor of Mathematics from the University of Waterloo in 1981. RJ specializes in back-end programming, primarily programming in Perl, Python and C. He has written extensive diagnostic tools using SNMP used in ISP call centers for troubleshooting end-user cable devices, written web-service daemons using XML/RPC, SOAP and REST, and many applications using back-end databases of Oracle, PostgreSQL, and mySQL.

Sample open-source code that RJ has written can be seen at his Github site.

Career history can be seen at Linked

Resumes can be seen in PDF , HTML , postscript , and text formats.

You can contact RJ by e-mail at rj@moxad.com * the name Moxad comes from MOst eXcellent ADventures and is pronounced mocks (rhymes with socks) add.